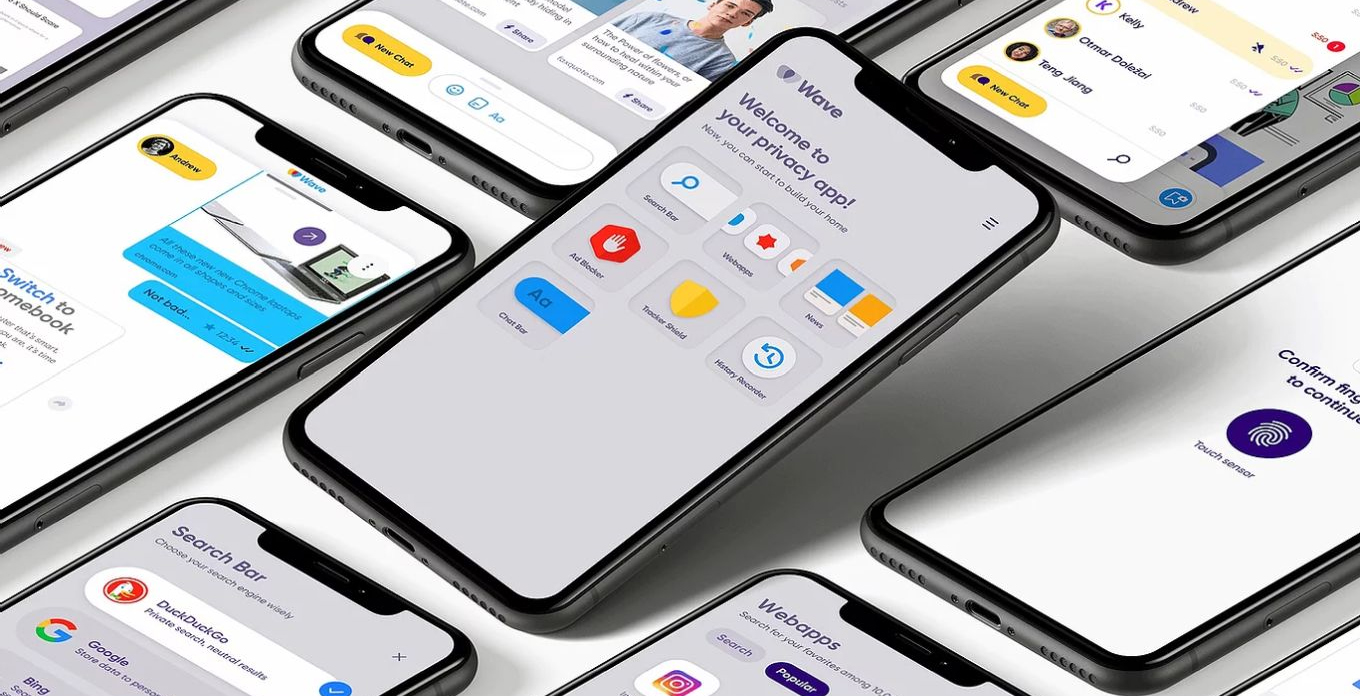 The youngest browser in the market, Wave, was introduced in the market with promises of safe chats and protection from other prying eyes wanting to collect our data. Various brands then use this data to do targeted advertising. Wave offered incognito browsing and chats privacy as its USP.

It is worth noting that Wave came to the limelight when the Bachchan family, including Amitabh Bachchan and Abhishek Bachchan, took the microblogging website Twitter with high praises for this application.

However, as boastful as these claims sounded, there indeed were some issues worth noting. In a conversation, the founder of Wave, Anish Mulani, mentions that the browser transmits the data to servers situated in Ireland that compromises the whole idea behind this web browser.

While the world of the internet has opened up many possibilities for us, it has also made us more vulnerable than ever. Several bots and algorithms have been developed with the sole purpose of doing user profiling with the end motive of collecting data. This data is then used to generate revenues by various social media platforms. The Wave was launched last month with a promise of providing safety from those bots and algorithms after beta testing the app for months.

Wave is currently available for both android and iOS users that includes an internet toolkit. Wave has claimed that unlike other browsers, their app doesn’t collect data or remembers history. In addition to that, they also have an inbuilt ad-blocker in chats that also supports over 10,000 applications.

This browser has also claimed that it has several inbuilt ad-free applications, including Youtube. Every user can easily activate this function by selecting it from the menu. You can also access multiple applications without downloading them through their interface like other progressive web apps (PWA) available on most smartphones.

Right now, Wave wants to create a world where one can indulge in safe and secure internet browsing. So, commercializing the product is not on the agenda at the moment. Wave, a subsidiary of Alkymia Tech, is an Indo-French Venture. The Indian CEO, Mulani, mentions that browsing the internet is safe within the application.

However, if you wish to access external applications within Wave, they might be able to access your data. In addition to this, when secure chatting through Wave, the data is first transmitted and then temporarily stored in servers based in Ireland. While the data is deleted as soon as it is transmitted, there is a potential threat of data leakage.

While the current version of the app is still under testing and the company plans to transfer the checkpoint from Ireland to India soon, it is rather unclear if this app actually comes through or not.