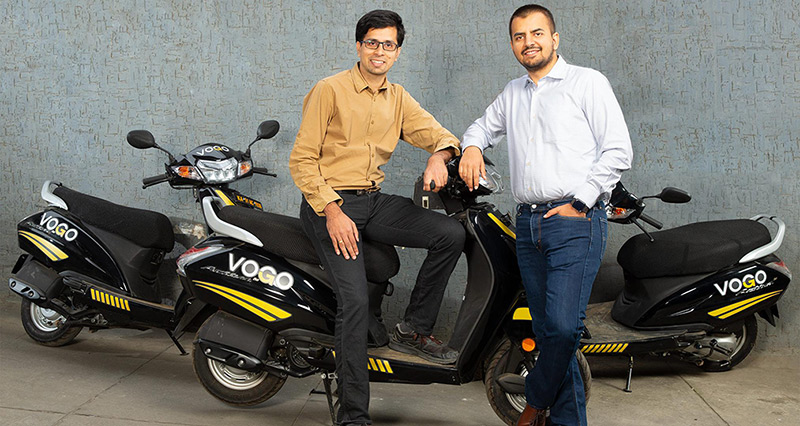 VOGO is a Bengaluru-based startup that rents two-wheelers. However, the company recently announced its plans to start an electric two-wheeler fleet. The company raised over $11.5 Million from existing investors in Series C funding. These investors are Kalaari, Lightrock, Stellaris Venture Partners, and Matrix Partners.

2020 was a slow year for the company, which halted its progress. However, VOGO is ready to ramp its business operations. One of the first steps for the company will be to create some noise about the venture in the industry. They will also use marketing campaigns to lure their customers back.

Anand Ayyadurai, Padmanabhan Balakrishnan, and Sanchit Mittal started the company in 2016 as a two-wheeler rental service for everyday commuters. So far, the company claims to have completed over 10 Million rides, and the total distance covered reaches up to 130 Million Km so far.

After a slow year in 2020, the number of users of the VOGO has been growing every month. To cater to the growing needs, the company will be expanding its fleet as they expect exponential growth in the coming 18 months. Currently, VOGO operates from Bengaluru, Manipal, Hyderabad, and Mysore and has over 3 Million registered users.

Ayyadurai, the co-founder of VOGO, said the company will focus on using profitable electric vehicles in the coming months to grow the company. He said, ”Having significantly improved our unit-level profitability in our existing business this year, we intend to utilize this capital to strengthen our product line and focus on better customer experience going forward.”

The company claims to achieve profitability by the following year. However, for that to happen, VOGO needs to see a considerable economic bump in the financial years 2020 and 2021. In the previous financial years, where the company saw a double increase in revenue, it also saw a 94x increase in expenses, leading to losses of INR 34.2 Crore.

During the pandemic, the company saw a decline in terms of customers. To counteract that, the companies raised funding and came up with exciting new prospects. Apart from joining the electronic automobile wagon, the company also switched to long-term subscriptions to reel more customers. The company has some exciting opportunities in the pipeline that will positively change the way people commute.