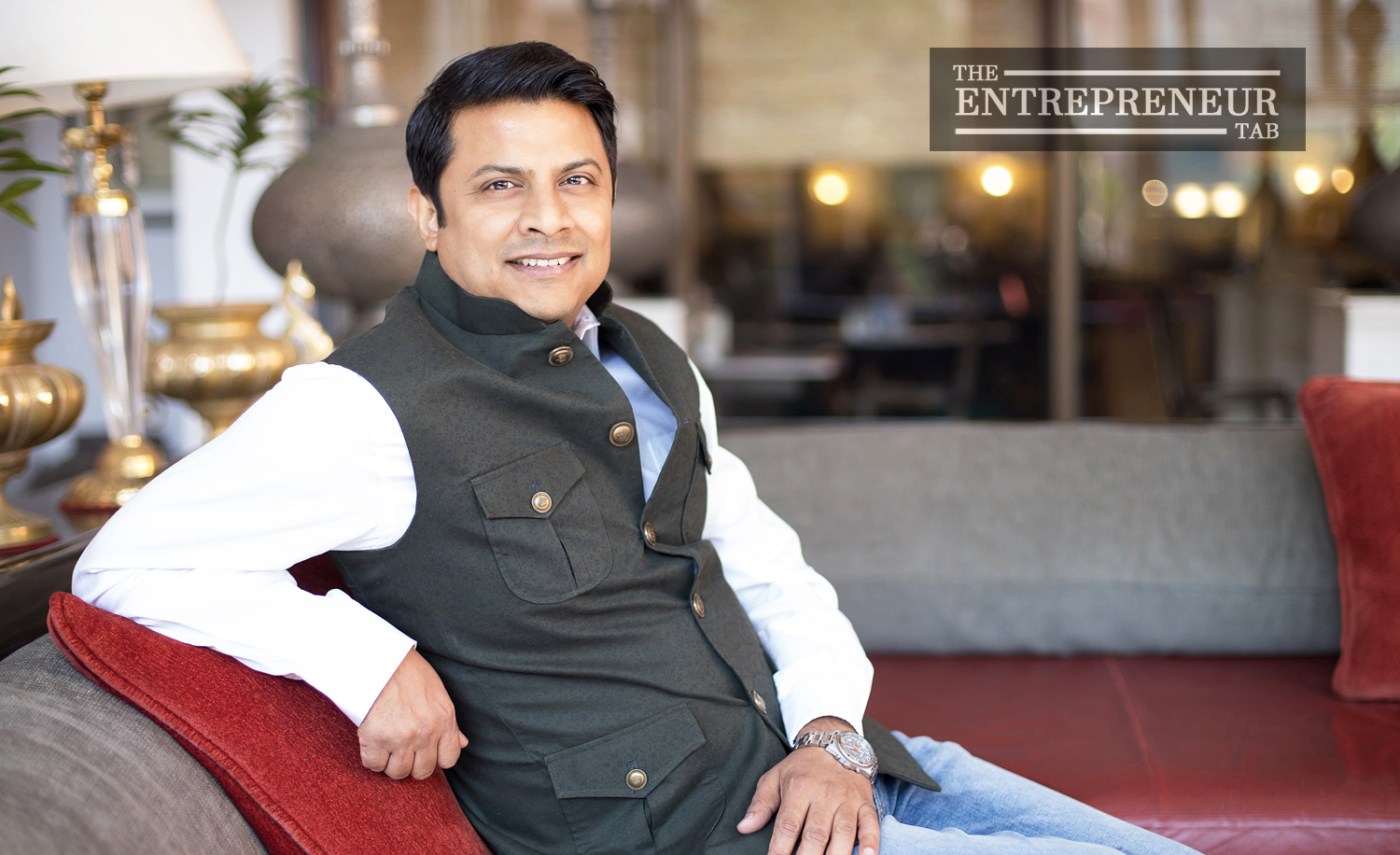 From earning a meager salary of INR 1400 to plans of getting listed on NSE, Anuj Mundra has come a long way with his women-only clothing start-up Nandani Creation Ltd formerly known as Nandani Creation Pvt. Limited.

Nandani Creation has been branded as Jaipurkurti.com and is already listed on National Stock Exchange (NSE) Emerge, an NSE platform for mid-sized companies and start-ups and moving to main board by May 2021.

Looking back to his days as a salesman, Anuj mentions, ”There was a time when I used to earn INR 1,400 every month. I knew that income wouldn’t sustain me for long. So, I had to do something about it,” and so he did. Today, his business’s market worth is over INR 43.7 crores and is rapidly growing as its popularity is also growing.

In the early 2000s, Anuj used to work with a saree showroom earning peanuts for a monthly salary. He soon started trading suit pieces buying them from merchants and selling them further for a little margin. Later on, he took loans from friends, family, and banks and set-up his block and screen printing units in Jaipur. But as it turns out, that was just the beginning.

As they say, inspiration can come to you anytime. All you need to do is keep an open approach. Anuj did keep an open approach when his eureka moment arrived when he noticed hoardings of Jabong and Snapdeal to realize that the future of shopping in India lies in e-commerce.

He decided to act on that instinct and found himself discussing the idea with a Chartered Accountant back in Jaipur.

Anuj mentions, “I somehow knew that if I wanted to sell anything in the future, I would have to be on one of those websites if not all. I approached a CA and understood the nitty-gritty of starting a company. As we were fairly small during that time, I decided to start small. I collected INR 50,000 from friends and families and also took out a bank loan to buy stitching machines and establish a workflow. My wife, Vandana, started designing Kurtis, which we got dyed, printed, sampled, stitched, packed, and sold.”

Anuj soon got his company listed on Snapdeal and Jabong and started selling their products. He tried to penetrate the market when Indians were still getting used to the idea of online shopping, and the entire journey was nothing less than challenging.

He faced several challenges, including logistics, barcoding, shipping, return rate, and whatnot, but he didn’t give up. They started sending pamphlets with the products explaining his company and how they functioned along with discount coupons. And now, Jaipurkurti.com has become a significant brand when it comes to ethnic wear giving competition to various big brands like Wills, Biba Apparels, etc.

“We faced several challenges. In fact, everything was a challenge from logistics, shipping, designing, return-rate, etc. Return rates were exceptionally bad. We were getting three returns out of every four items we sold. Indians were getting used to this entire charade and didn’t know what to expect. But as the time has progressed, our returns have come down to one-third, is fairly good and are expecting that it will decrease more in future’ mentions Anuj.

Anuj finds his motivation in his wife and mother, always making sure that his start-up makes something elegant enough that they can wear them.

The company currently offers women ethnic wear, including kurta/ Kurti, palazzo, suits, tops, dresses, etc., with significant B2C to different countries like Australia, the UK, Malaysia, the US, UAE amongst others, and wants to expand even beyond.

In May 2018, Nandani Creation Limited has launched its first Flagship store, in Dec 2019 its 2nd Retail Store & in March 2020, 3rd Retail Store with its brand JaipurKurti.com.

Commenting on the expansion plans for Retail Stores, Anuj said that Nandani Creation Limited with its brand JaipurKurti.com has eyes set on 20-25 Retail Stores for expansion by the year 2023 and this expansion will certainly add more feathers to our cap.