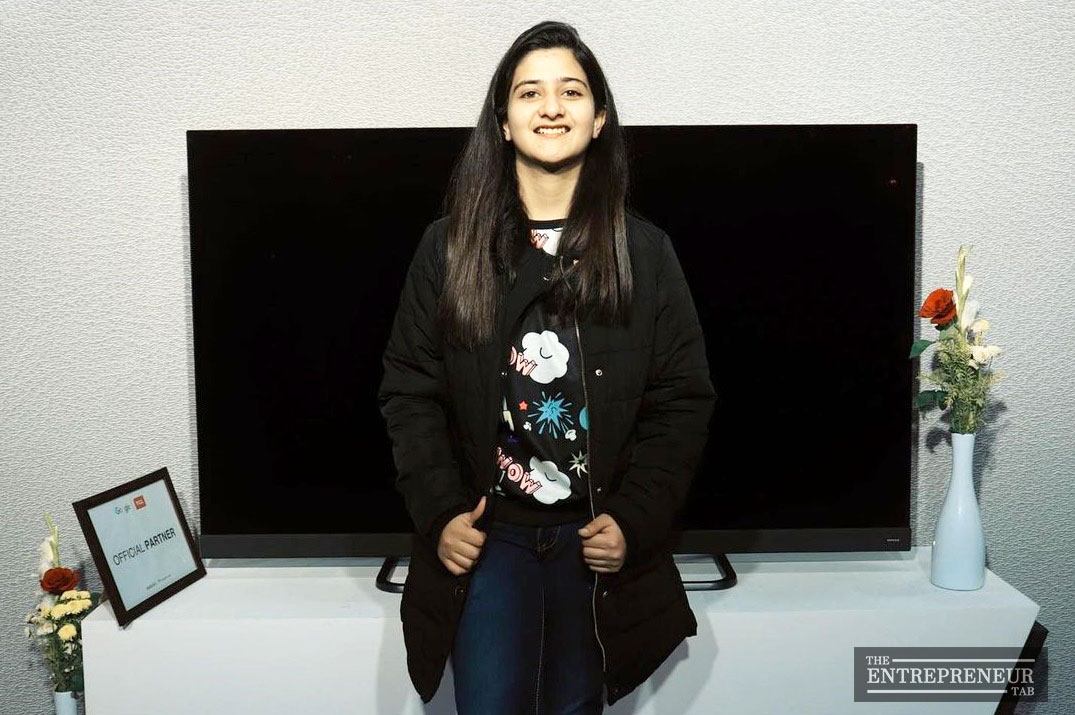 Age is just a number. Do you think that this saying has no weightage in this fast-moving world? Well, you might want to think again.

The tech girl, Divya Gandotra began her journey of becoming an Entrepreneur, Youtuber, and Influencer at the young age of 15, breaking all barriers governing the dynamics of this society.

Starting her journey towards fame and recognition at such an early stage of her life, this ‘Tech Girl’ has proven, time and again, that gender and age are of no relevance in this new digital age. When all her friends were busy having fun and chatting their time away, Divya strived towards building her own brand.

Being born and raised in Jammu, Divya wasn’t given the keys to an empire. However, what she was gifted with was much more. She has accomplished so much only because of her vision and a drive that has led her to the hearts of around 90,000 people who actively engage with her through various social media platforms.

Starting her Youtube channel, all she wanted was to inspire one life in the hopes that it would make her parents proud. But as fate would have it, she was destined for much more. When you ask her about her inspirations, she will mention all the miracle stories on youtube where people started from nothing and later went on to build a fortune and legacy for themselves.

She says that she loved spending time on Youtube. Rather than watching all ‘the tea’ and other videos that kids of her age normally watched.

She was merely 15 and had no resources of her own. However, it wasn’t going to hold this young genius back. She launched her Youtube channel. Fascinated with all the latest gadgets that were being rapidly launched, she started with unboxing videos where she reviewed the new launches and also posted tutorial videos for the tech enthusiasts.

Divya is also very self-aware, which is why she addresses the fact that she might not be the best content creator in the market. But she is also aware of the fact that she is growing with every new project she conquers. She knows that she has to continue working and learning new things.

She believes that the secret to winning over the audience is understanding their suggestions and making changes according to them.

While her youtube channel is very active and finds an audience of every age and gender, she has also begun with her new endeavour. She has launched her own website called ‘The Scoop Beats,’ which is dedicated to bringing stories, scoops, interviews, etc.

When not engrossed in the world of technology, she is found doing projects on women’s safety. Also, for her work, she was awarded ‘The Entrepreneur Young Achievers’ award in Delhi and ‘The Incredible Indian icon’ award in Indore. She is also pursuing a diploma in computer science engineering from PIIT Greater Noida and is a part of ASTNT. Pvt. Ltd.

There were times when she had to face ups and downs in her life despite her young age. Anybody would have given up irrespective of age. And those were the moments when Divya remained undeterred and continued doing what she loved. And here she is now, a young entrepreneur, an influencer, and a successful tech vlogger who has broken into an otherwise ‘male-dominated’ fraternity, creating a special place for herself. Divya’s story is an example of what a woman can do, no matter her age when she sets her mind and thoughts to it.

You can connect with her on Instagram and browse her website ‘The Scoop beats‘ to know more about her.