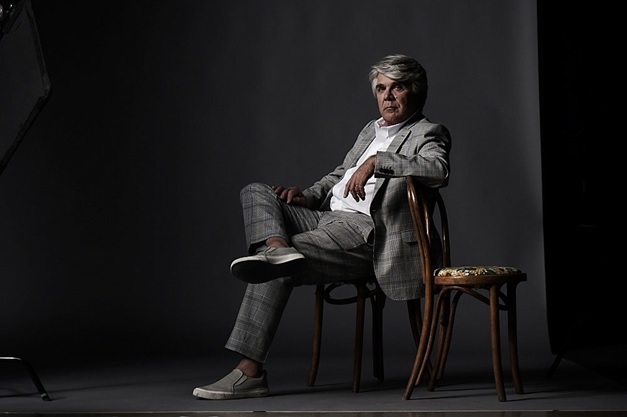 It’s funny, but it’s true. One of the most notable players in the comedy world has rarely appeared on stage. Instead, prolific producer and business mind Andrew Alexander has spent nearly fifty-fifty years shepherding cultivating well-known comedians’ upward trajectories through this highly competitive industry and helping them achieve stardom and lasting relevance.

This comedy luminary helped to craft the careers of talent like Catherine O’Hara, John Candy, Tina Fey, Steve Carell, Keegan-Michael Key, and many other illustrious performers. While enjoying enduring success as a stage and screen producer, Andrew Alexander has also sought out to create opportunities to enhance the lives of others in the entertainment industry with philanthropic efforts of all shapes and sizes.

A native of London, England, who relocated to Canada as a boy, Andrew Alexander attended two North American higher educational institutions during his twenties. Alexander pursued his studies at Indiana’s Tri-State College and Toronto’s Ryerson University.

Following his stint with higher education, Andrew Alexander worked at a variety of oddball jobs while he searched for his true calling. He worked as a waiter, cab driver, magazine editor, and tree salesman, among other seemingly disconnected occupations. Later in his life, Alexander would express his appreciation for these experiences, as they each played a role in influencing his comedic career and resilient approach to business.

Introduction to the Comedy World

Andrew Alexander’s affinity for comedy was ignited in mid-1970s Chicago. While attending a satirical sketch comedy show peppered with razor-sharp improvisation at legendary comedy club The Second City, he felt a deep connection with the rebellious, sharp-witted performers.

Alexander experienced an epiphany of sorts. He quickly developed a desire to share that electric energy with the world around him. He strongly felt that the improv world was on the cusp of tremendous growth, and he wanted to play an active role in the evolution of the art form and share it with the masses.

Returning to his home in Toronto, a fire was lit under Alexander as he began to create local comedic theater productions. The alternative theater shows were an immediate hit and began drawing ever-growing audiences. The events’ popularity helped Alexander rapidly gain respect in the city’s established comedy community, and with the help of a loan from a friend, he was able to take The Second City Toronto, thanks to a deal with one of the club’s co-founders, Bernie Sahlins.

Quickly, Alexander was able to take The Second City’s northern location from a failing experiment to a thriving destination. As The Second City’s comedy brand began to expand, Alexander forged The Second City Entertainment Company in 1976. This ambitious venture produced the groundbreaking SCTV television show, which would go on to two Emmy Awards and a venerable place in comedy history. Setting their sights back on America, the duo took over ownership of The Second City Chicago in 1985.

Chicago as a Comedy Launchpad

Returning to the city in which he discovered his fondness for comedy, Andrew Alexander catapulted the city to comedy hub status as The Second City Chicago became a destination for audience members and hopeful performers alike. Many comedians vying for a career on the competitive national stage continue to pay their dues (and fine-tune their comedic voices) in the Windy City.

With Alexander at the helm, The Second City expanded its reach throughout the United States, Canada, and beyond. The Second City’s resident ensembles, touring companies, and education programs have cultivated numerous aspiring successful comedians over the decades. In addition, The Second City has won several prestigious awards for its United States and Canadian productions.

As Andrew Alexander’s career continued to flourish, he began to divide his time between Chicago and Los Angeles, the world-famous entertainment capital and home of The Second City’s third location in Hollywood. Over the years, he produced and created content for numerous television programs and films.

As might be expected, Alexander has worked with numerous well-known media outlets and production studios. The producer’s well-known ability to resonate with comedy audiences spurred many entertainment businesses to clamor for a chance to collaborate with him.

Alexander has worked with ABC, CBS, NBC, Fox Television, and HBO. Comedy Central, Disney, Showtime, A&E, and others have also partnered with him. He has also forged co-production agreements with United Artists, MGM Television, Disney Studios, and Imagine Films.

As a result of his notable achievements, Andrew Alexander has received a host of awards from the public and private sectors. With much of his career focused on growing the Chicago comedy scene, he has earned many accolades from organizations within and outside of the industry.

This prolific comedy producer has served on the League of Chicago Theatres’ Board of Directors. In 2009, Andrew Alexander received the organization’s Artistic Leadership Award. Also during that year, the Chicago Tribune named Andrew Alexander their Chicagoan of the Year.

In 2011, Alexander was featured in Crain’s Who’s Who in Chicago Business. In 2012, Chicago Magazine included Alexander on its Power 100 list.

Andrew Alexander has also been recognized for his contributions to the thriving Toronto comedy scene. He received the Canadian Comedy Awards Chairman’s Award along with the Gilda’s Club Gilda’s Magic Award. He also chaired the Gilda’s Club Toronto Honorary Board and served on the Canadian Walk of Fame’s Board of Directors.

In 2008, Alexander put together a universally lauded reunion of the SCTV cast as a one-time benefit to aid a former crew member. That magical event spawned The Second City Alumni Fund – a culmination of his desire to support actors and other entertainment industry staff facing economic hardship or illness. Over the years, the fund went on to raise over $1,000,000 and change the trajectory of numerous lives. He has also participated in similar organizations’ efforts to assist industry members in need.

After Andrew Alexander’s retirement in June 2020, the most recent chapter in his involvement in the comedy and entertainment industries came to an end. However, his influence is still felt across the comedy landscape every day, from the countless talented comedians he mentored to the many creative partnerships he forged with major television and film studios and production companies.

Alexander’s tireless work ethic, as well as his enthusiasm for his projects and collaborations, have provided him with an enriching and enduring legacy.